A staple food in many parts of the world and an integral part of much of the world’s food supply, the potato is a starchy root vegetable native to the Americas. Wild potatoes, originated in modern-day Peru, and were introduced to Europe from the Americas by the Spanish in the second half of the 16th century. (More than 500 years ago!)

originally, we thought that the potato had been domesticated by various Native tribes independently throughout the Americas, but genetic testing of cultivars and wild species traced a single origin for potatoes, in the area of present-day southern Peru and extreme northwestern Bolivia. As of 2014, potatoes were the world’s fourth-largest food crop after corn, wheat, and rice. There are over 5,000 different types of potatoes. 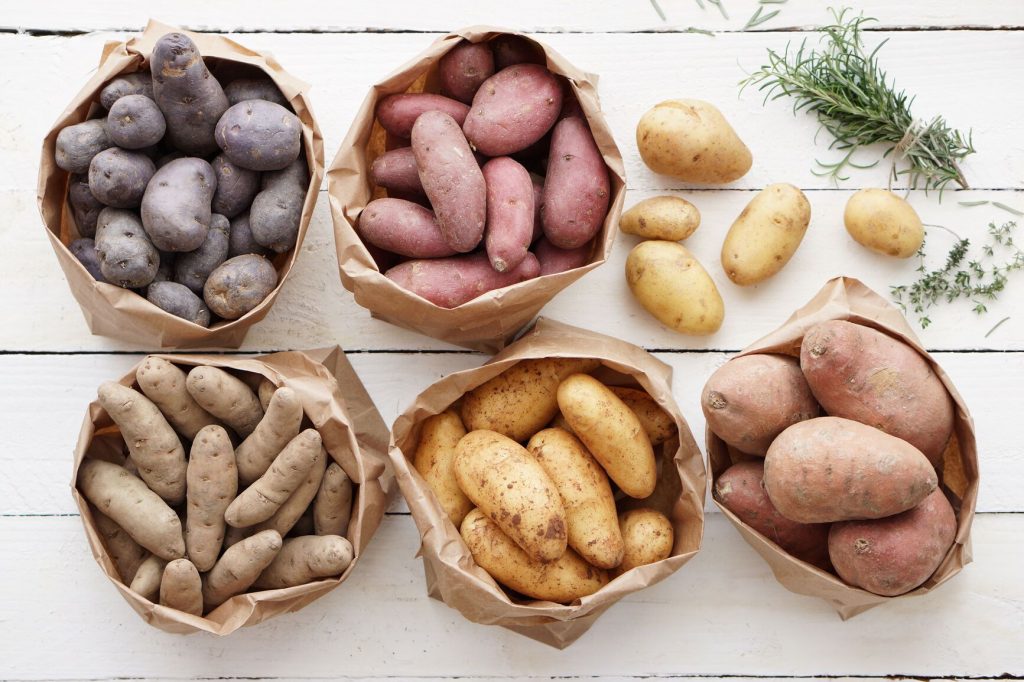 Botanically, like the tomato, the potato is in the nightshade family (Solanum). Potatoes are mostly cross-pollinated by insects such as bumblebees, which carry pollen from other potato plants, though some are self-fertilizing.

According to the United States Department of Agriculture, a typical raw potato is 79% water, 17% carbohydrates (88% is starch), 2% protein, and contains negligible fat. In a 100-gram (3.5oz) portion, raw potato provides 322 kilojoules (77 kilocalories) of food energy and is a rich source of vitamin B6 and vitamin C (23% and 24% of the Daily Value, respectively), with no other vitamins or minerals in significant amount. The potato is rarely eaten raw because raw potato starch is poorly digested by humans. When a potato is baked, its contents of vitamin B6 and vitamin C decline notably, while there is little significant change in the amount of other nutrients.

Everything you always wanted to know about Potatoes…