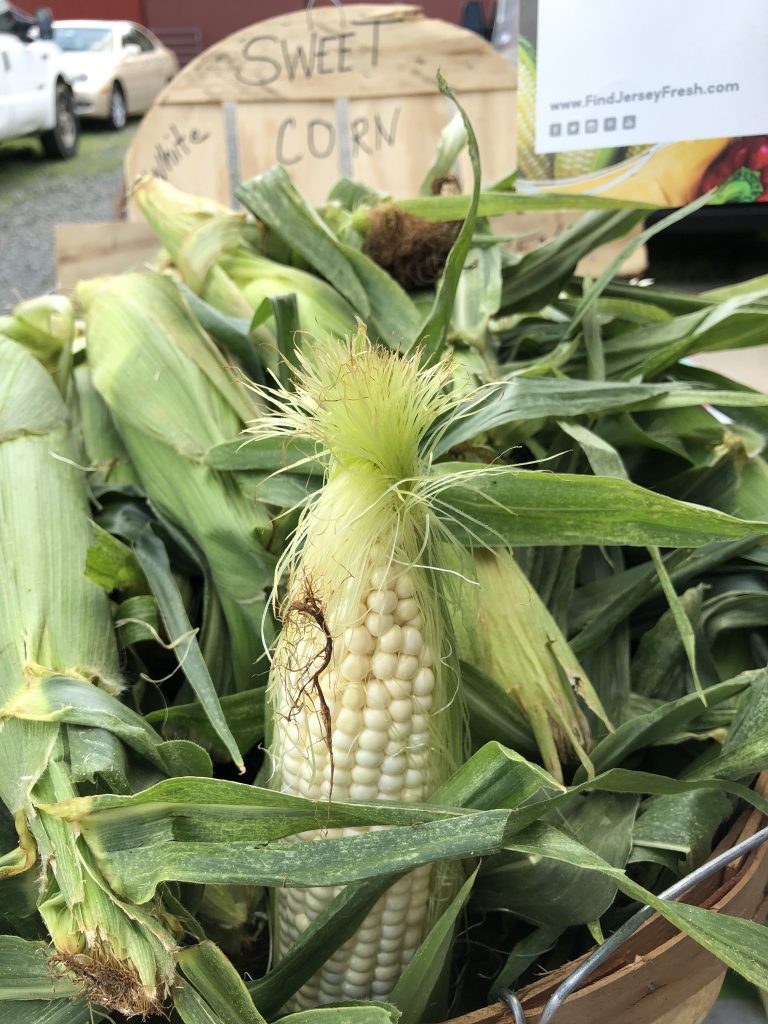 Sweet corn is a variety of maize with a high sugar content. Sweet corn results from a naturally occurring recessive gene mutation that controls conversion of sugar to starch. Unlike field corn, harvested when the kernels are dry and mature (dent stage), sweet corn is picked when immature (milk stage) to be prepared and eaten as a vegetable, rather than a grain (like corn meal or polenta). Since the process of maturation involves converting sugar to starch, sweet corn stores poorly and should be eaten fresh, canned, or frozen, before the kernels become tough and starchy.

This type of corn was grown by several Native American tribes. The Iroquois gave the first recorded sweet corn (called ‘Papoon’) to European settlers in 1779. It soon became a popular food in the southern and central regions of the United States. It is just one of the six major types of corn, the others being dent corn, flint corn, pod corn, popcorn, and flour corn.

Cultivars of white sweet corn started to become widely available in the United States in the 19th century. Two of the most enduring cultivars, still available today, are ‘Country Gentleman’ and ‘Stowell’s Evergreen’.

Stowell’s Evergreen Sweet Corn was originally developed by Nathaniel Newman Stowell of Burlington, New Jersey in 1848. Stowell was a farmer and spent some years refining this variety, which he developed by crossing Menomony Soft Corn and Northern Sugar Corn.

In the fall of 1855, he sold just two ears of seed corn to a close friend for four dollars, on the agreement that the seed was for personal use only. Stowell’s “friend” then re-sold the same seed for a whopping $20,000 to Thoburn and Company who released the variety commercially in late 1856.

Today, Stowell’s Sweet Corn is a part of an NJ-based heirloom seed savers project raising awareness of our rapidly disappearing biodiversity and food traditions. Stowell’s Evergreen has been nominated to join The Ark of Taste as an heirloom seed variety of historical note.

Everything you always wanted to know about sweet corn.