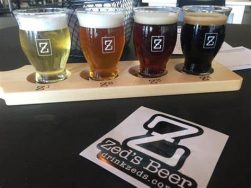 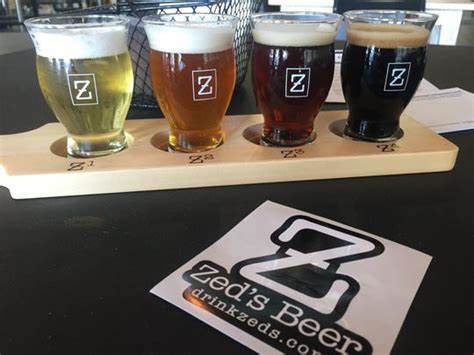 Who knew that receiving a Mr. Beer kit as a gag Christmas gift could change your life? So it was for Geoff Bado and his partner, Lori White, who, some 20 years later, are the proud founders of Zed’s Beer in Marlton, NJ. Their brewing/business philosophy is to create high-quality, craft beer that is flavorful and complex, yet approachable.  Zed’s will focus on beers that are 5.5% and lower.

In 2019, Bado won 5 medals for the beer brewed at Zed’s Beer, including a Gold Medal for Zed’s in Ireland–Dry Stout at the 2019 US Open Beer Championships.  Bado also won medals for Zed’s in the Backyard–Copper Cream at the NY International.

An award-winning homebrewer, Bado is one of an estimated 6,500 Certified Judges by the Beer Judge Certification Program (BJCP). He judges entries at homebrew competitions like HomeBrewCon and would gladly judge the beer you’ve just brewed in your garage.

Bado is a member of the Barley Legal homebrew club and has designed more than 30 recipes in the last 20 years – many of them inspired by family roots and regional styles. He has taken his passion for beer, family and community and channeled it into creating every aspect of Zed’s Beer– from the recipes and process to the design and structure of his first brewery. He’s even built the bar and bench in the tasting room himself.

Lori has been Geoff’s co-conspirator for more than 20 years, and yes, she was the one responsible for that first home-brewing kit. She was the original taste tester and guinea pig as he honed his brewing skills.

A proud member of the Pink Boots Society®, which supports women professionals in the beer industry, Lori is an active collaborator in every aspect of Bado Brewing – as business partner, legal advisor, assistant brewer and (still) taste tester.

Lori likes to claim that she is the “occasional voice of reason” in the collaboration with Bado to bring Zed’s Beer to Marlton, NJ.  She’s also an intellectual property lawyer, a recovering music promoter, and (most importantly) a mom and a wife.

While she won’t pick a favorite, Lori says she can’t pass up any beer or cider with an exotic spice, rare malt, or unusual fruit as featured ingredient.